Dear Angelenos,
If you want a great city, you have to invest in it. For Los Angeles to be the cleanest, greenest city in America, we need every Angeleno to play a role in building a future for our City defined by our commitment to sustainability, innovation, and 21st century green-collar jobs.
That is why today, I proposed a Carbon Reduction Surcharge. This plan will address both the long-term crisis of climate change and our dependence on fossil fuels, as well as the short term crisis of this recession and the dire need to create jobs in Los Angeles What you need to know about the new DWP rates and the Carbon Reduction Surcharge.
Money from the Carbon Reduction Surcharge will be put into a Renewable Energy and Efficiency Trust Fund. This fund will be a renewable energy lock-box that will, for the first time, dedicate revenue to creating jobs in the fields of clean energy and energy efficiency. To monitor the lock-box, there will be a level of transparency and accountability that has quite frankly been missing from the DWP’s renewable plan. For the first time, ratepayers will know exactly how much they are investing and exactly what they are getting for their investment.
Now I know that any rate increase is a big deal. But the good news is that, for the vast majority of you, the monthly bill will only increase by roughly $2.50 – $3.50. Efficient users will pay less. Wasteful users will pay more. And because the carbon surcharge is evenly distributed, it won’t overly burden the businesses that are the economic engine of our city. Also, the new renewables fund will pay for energy efficiency investments and residential and business-based solar that will allow people to reduce their own bill.
I know we can lead the nation and become a model for cities big and small who want to “Go Green.” And I know that we can lead the next historic “rush” on California. But this time it won’t be a Gold Rush, it will be a Green Rush.
For more information about this proposal, Thank you,Antonio VillaraigosaThis is the most current email sent out by Antonio Villaraigosa. He has not given up on his solar plans and still plans on increasing our DWP Rates. This plan to raise rates is total bullshit. We can no longer trust our mayor and city council. They have not listend to the ratepayers and never intend on giving us a transparent DWP. It’s time to revolt against the Mayor, City Council when it comes to DWP rate increases. If you are an unhappy residential or commercial property owner the time has come to speak up and make your voice heard. Please Contact Us,  so we can work together to make our ratepayer voices heard. 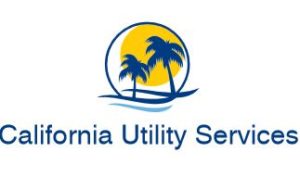